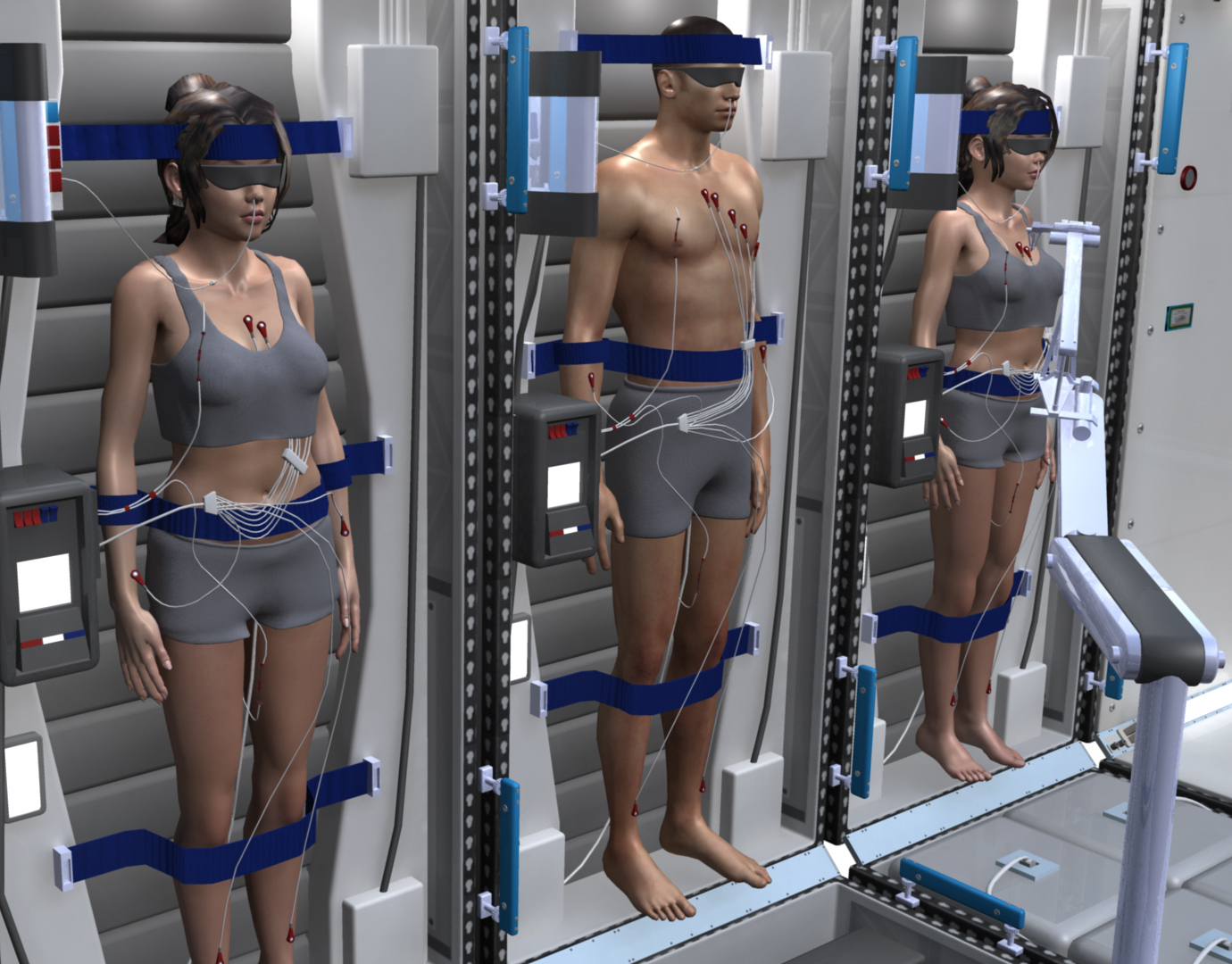 Contents hide
1 Relax, David, open your eyes!
2 The brief history of cryonics
3 Traveling in cryosleep to Mars?
4 Wake me up when cryosleep ends
5 Want to be fit and well? Jump into a cryochamber!

More than 300 people let their bodies have cooled down to -200 Celsius and preserved in liquid nitrogen in the hope that someday in the future, science will be able to cheat death and make them wake up from their Sleeping Beauty state. As of today, no one knows whether they will ever have the chance for a second life.

That’s the last line from Vanilla Sky, the movie remake about a wealthy playboy in cryosleep waking up after 150 years from his lucid dream (starring Tom Cruise as David). The audience doesn’t know what happens next, and whether he can survive the procedure, not to speak about living in a society where every one of his friends and relatives is dead, and people live a completely different way of life than he was used to. Concerns about the feasibility of cryonics as well as its “afterlife” are as old as the birth of the idea that people could fall asleep for a long time and wake up as if nothing happened – isn’t Snow White about cryonics, really?

Nevertheless, the idea of preserving bodies in some liquid cooled down to below zero temperatures appears in many sci-fi movies indicating the concept has interested the audience already for a while. Do you remember Han Solo being hibernated in The Empire Strikes Back? And Ellen Ripley and the crew waking up in a cryotube used for interstellar travel in the Alien series? Recently, cryonics and cryosleep are getting more and more attention as billionaires from the Silicon Valley start to look at it as a real possibility to avoid death.

Moreover, its principle is backed by news about a revived tardigrade (tiny, water-dwelling organism) that had been frozen for more than three decades; or Buttercup and how scientists are trying to de-extinct the woolly mammoth. Back in 2013, Russian scientists discovered a well-preserved woolly mammoth carcass trapped in the permafrost of northern Siberia for some 42,000 years. They named the specimen Buttercup (of course). Now, George Church and his team are trying to extract DNA from the ancient mammoth specimen, and use gene editing to combine it with that of the Asian elephant. Such news could give ideas to some people: what if I let my body preserve in ice, too, and will be recreated somehow in the future?

The brief history of cryonics

That’s precisely the basic idea of cryonics. The word itself is also derived from the Greek term for “cold”, and it means the low-temperature preservation of a human corpse, with the hope that one day it can be restored to life and full health. Bodies are cooled down to -200 Celsius and placed in a container of liquid nitrogen.

Michigan professor, Robert Ettinger proposed cryonics in 1964 in a book called The Prospect of Immortality, which argued that death could, in fact, be a reversible process. The first person to be cryopreserved was Dr. James Bedford in 1967. He died of kidney cancer, but his will was to be put into a cryo-chamber, in hopes that one day in the future, doctors will be able to bring him back. Ettinger, who died in 2011, went on to found the Cryonics Institute in Michigan where he, his mother and his first and second wives all now reside in metal flasks kept at −196 °C.

Although the concept has never become mainstream, around six companies were established in the 1970s to use the technology. But the majority could not cover the fixed costs of preserving the bodies, thus went bankrupt, and the number of people choosing to sign up is steadily increasing year on year. There are now nearly 300 cryogenically frozen individuals in the US, another 50 in Russia, and a few thousand prospective candidates signed up. There are even more than 30 pets at Alcor’s chambers, the largest cryonics organization in the world in Arizona, that has been around since 1972.

One tiny problem though. We’re not sure if we can wake them up – no matter how convincingly cryogenics companies are stating it otherwise.

Traveling in cryosleep to Mars?

That’s the same trouble with cryosleep, the most popular means of travel for sci-fi movies and literature where protagonists have to go to other planets by light years. However, if we could make it work, it would really be a game-changer — from saving terminally ill patients, to solving one of the main problems of interstellar travels.

And there are many attempts to make it a reality. An Atlanta based startup, Space Works Enterprises works with NASA to develop a stasis chamber. The module lowers the body temperature to 32 Celsius and creates mild hypothermia. And with multiple sessions, a room like that could be a massive advancement in space travel. But it’s not suspended animation, it’s rather deep sleep called torpor significantly reducing metabolic rates for humans over extended periods of time. Space Works believes that NASA should leverage these advancements for spaceflight as they can potentially eliminate some very challenging technical hurdles, and ultimately enable feasible and sustainable missions to Mars.

However, The Medical Futurist is not sure whether a form of deep sleep will be enough if we want to travel light years. We suspect we’ll need to come up with something better and for that, we’ll need more research into cryogenics.

Wake me up when cryosleep ends

The trouble with cryogenics and cryosleep is pure physics: our cells are filled with water. And when you freeze water, it expands and forms crystals, which irreversibly damage the body. The Cryonics Institute is trying to fix that problem by draining the blood and replacing it with an antifreeze fluid to stop harmful ice crystals forming in the body. At Alcor, they use a process called vitrification. They substitute the water in the cells with an antifreeze agent. So when the tissues are cooled to cryogenic temperatures, instead of crystallizing into ice, the chemicals clump together and become solid, molecularly similar to glass. And this new glass form prevents the cells from bursting and, theoretically, holds them in stasis forever.

However, recent advances in medicine have not proven yet that such complex systems as the human circulatory system or the brain can be “stored” with the help of anti-freeze material without causing damage. Clive Coen, a professor of neuroscience at King’s College London says that on the one hand, the massively dense brain tissues cannot be handled by anti-freeze, and on the other, by the time the cryonics team arrives at the bedside of a patient who just passed away, some neurons are already irreversibly dead.

No matter what, some people are still hopeful. For example, Anders Sandberg, of Oxford University’s Future of Humanity Institute, told The Guardian that he will pay for his head to be frozen in the hope that the brain’s contents might be “downloaded” into a robotic agent in the future. He gives the freezing, thawing and reanimation process “maybe a 5% chance” of working.

Want to be fit and well? Jump into a cryochamber!

It’s understandable why people are not standing in huge lines in front of cryonics companies to be preserved upon death. At the same time, the idea of cryotherapies and the use of “freezing cold temperatures” for better health have become more and more popular in the last couple of years – especially since celebrities and sportsmen, such as Justin Timberlake, Jennifer Aniston, and LeBron James embraced the technique.

Of course, the concept itself is nothing new – only the technology. Using cold water or hydrotherapy is an ancient practice. Hippocrates recommended bathing in spring water to ‘allay lassitude’, and the ancient Egyptians turned it into an art form with essential oils and flowers. If you ever placed a pack of ice on an injured muscle, you already used it and know the benefits. Here, the difference is that cryotherapy usually doesn’t use water or ice, only extremely low temperatures. In the case of whole-body cryotherapy, as offered by Cryozone for example, patients sit or step into a cryotherapy booth for 3-5 minutes. The method is used to relieve muscle pain, sprains and swelling after soft tissue damage or surgery.

It has to be noted, though, that in spite of its popularity, there’s no convincing evidence about its proven long-term advantages yet. The escalating claims of benefit and rising demand led the FDA to warn consumers recently that, “If you decide to try whole-body cryotherapy, know that the FDA has not cleared or approved any of these devices for medical treatment of any specific medical conditions.”