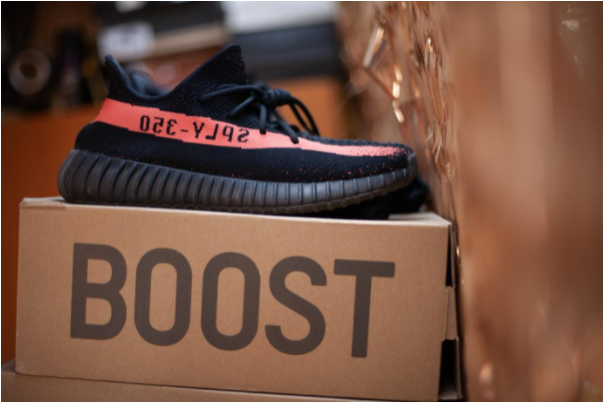 Are you looking for ways to add prestige to your sneaker collection? Do you want to add comfortable shoes that go with jeans or joggers? If so, then you need to learn all that you can about the Yeezy Boost.

As you may know, this brand of kicks is especially popular. So much so, that you may find it nearly impossible to find. Even if you find them, it can be jaw-dropping to see how much they go for depending on the model, color, etc.

See below for an in-depth article explaining the popularity of the Yeezy Boost and why they’re such a heavily sought-after shoe.

The Icon Behind Them

Generally speaking, when you think of popular shoe brands, there are athletes behind them. The highly successful KD collection of Nike basketball shoes are inspired by Kevin Durant. Of course, the entire Jordan brand is inspired by its namesake, Michael Jordan.

Athletes have a huge platform to push their shoes and they use their sport to do it. A perfect example of this would be Lebron James wearing his newest shoe release during a game.

But with so many athletes getting their signature shoes, that level of importance has become more of a mandatory feature than an impressive aspect.

Then came the Yeezy shoe, which was inspired by Kanye West. Hate him or love him, the dude knows how to push his brand in a way that others want to follow. He has a specific style and doesn’t shy away from being different.

That point resonated in the Yeezy Boost. The popularity of Yeezy isn’t solely because of Kanye, but he certainly plays a big part. His platform helps drive the demand for the Yeezy Boost; no matter what color, material, or design they come up with, the interest level is always through the roof because it has Kanye’s stamp of approval.

Have you ever heard the expression, “If you make something that not everyone can have, then suddenly everyone will want one”? That certainly rings true with the Yeezy Boost shoe collection.

In fact, it’s a major part of their marketing strategy for the shoe. Every time that a new model is released, it’s placed through a very refined approach. Yeezy releases them through select retailers, ones that customers flock to for top-tier clothing products.

Add to that the fact that the Yeezy Boosts are only ever released in small quantities. They sometimes release more of the same shoe, but not all the time. That alone drives the price and popularity of these shoes.

People want shoes that not everyone can have. They crave originality with their shoe collection, and the Yeezy Boost is certainly a heavily sought-after shoe that fits that category.

Any time that a new shoe is released, there are lines out the door to purchase them, even though customers expect something along the lines of $350 to $400 per pair.

It certainly helps that Yeezys have developed a cult-like following behind them, which helps the interest in them to continue growing.

There’s no denying the role that culture plays in making the Yeezy Boosts so popular, but the hype is certainly well-justified.

Push from the marketplace will only get your product so far. If shoe companies don’t deliver a quality product, that shoe model won’t last very long. Just look at the Reebok Zigtech shoes for a perfect example of this. Eventually, people realized they were all hype with very little benefits to them.

Yeezys are here to stay. They are made of high-quality materials and have a design that fits perfectly with almost any outfit. People can rock them while wearing shorts and calf socks, joggers, jeans, chinos, and more.

They’re known for being some of the most comfortable shoes on the market, with some customers going so far as to say they feel like walking on a cloud.

Usually, when the demand for a shoe goes through the roof, shoe manufacturers are quick to distribute as many pairs as they possibly can to match it.

Many companies would rather make too much of one shoe than not enough, but that isn’t the strategy that Yeezy has taken over the years. They typically stand pat with the number of shoes they initially released for each model.

You could argue that by refraining to meet demand, Yeezy shoes have actually increased that level of demand from the market. As a result, customers are willing to stand in long lines and spend crazy amounts of money to get their hands on a pair that they seek.

Of course, being a one-trick pony won’t get your shoe brand to the level that Yeezy is at. One of the reasons people love them so much is because they’re constantly challenging the status quo for a shoe.

For example, The Yeezy Foam Runner is a glorified Croc shoe. The Yeezy Boost typically contains an athletic design with the foam sole and knit body. Then there are the Yeezy 700s that offer a futuristic look in a plethora of different colors.

This wide range of styles allows customers to be different, all while having the privilege of saying they own a pair of Yeezys.

Invest in a Pair of Yeezy Boost Shoes for Your Collection

Now that you have seen an in-depth guide on the rise of the Yeezy Boost and why they are so popular, be sure to use this information as you shop for your next pair.

Take the time to browse our website for more articles on Yeezys, as well as many other topics that you will find helpful.