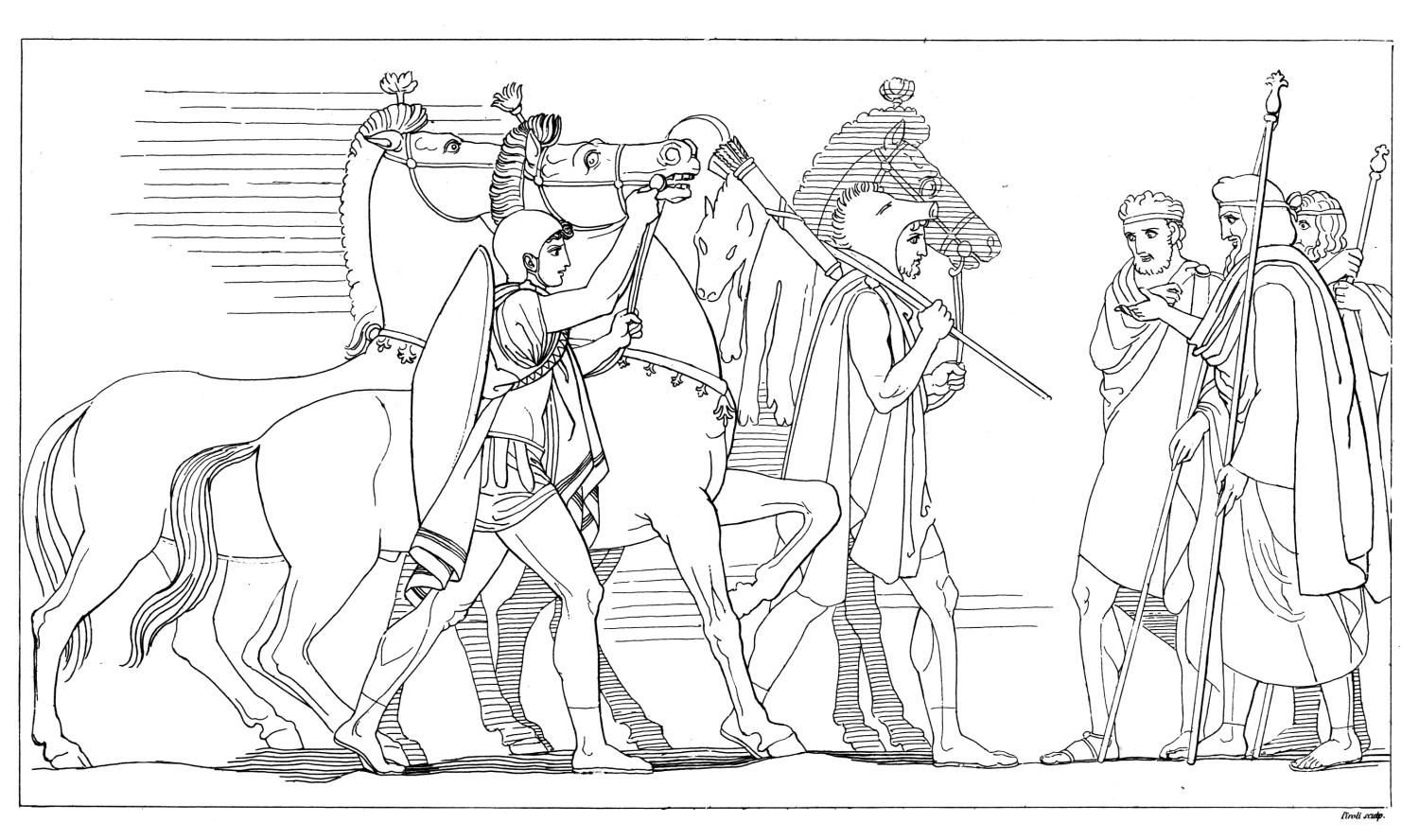 Diomedes, in Greek legend, the son of Tydeus, the Aetolian hero who was one of the Seven Against Thebes. Diomedes was the commander of 80 Argive ships and one of the most respected leaders in the Trojan War. His famous exploits include the wounding of Aphrodite, the slaughter of Rhesus and his Thracians, and seizure of the Trojan Palladium, the sacred image of the goddess Pallas Athena that protected Troy. After the war Diomedes returned home to find that his wife had been unfaithful (Aphrodite’s punishment) and that his claim to the throne of Argos was disputed. Fleeing for his life, he sailed to Italy and founded Argyripa (later Arpi) in Apulia, eventually making peace with the Trojans. He was worshipped as a hero in Argos and Metapontum. According to Roman sources, his companions were turned into birds by Aphrodite, and, hostile to all but Greeks, they lived on the Isles of Diomedes off Apulia.