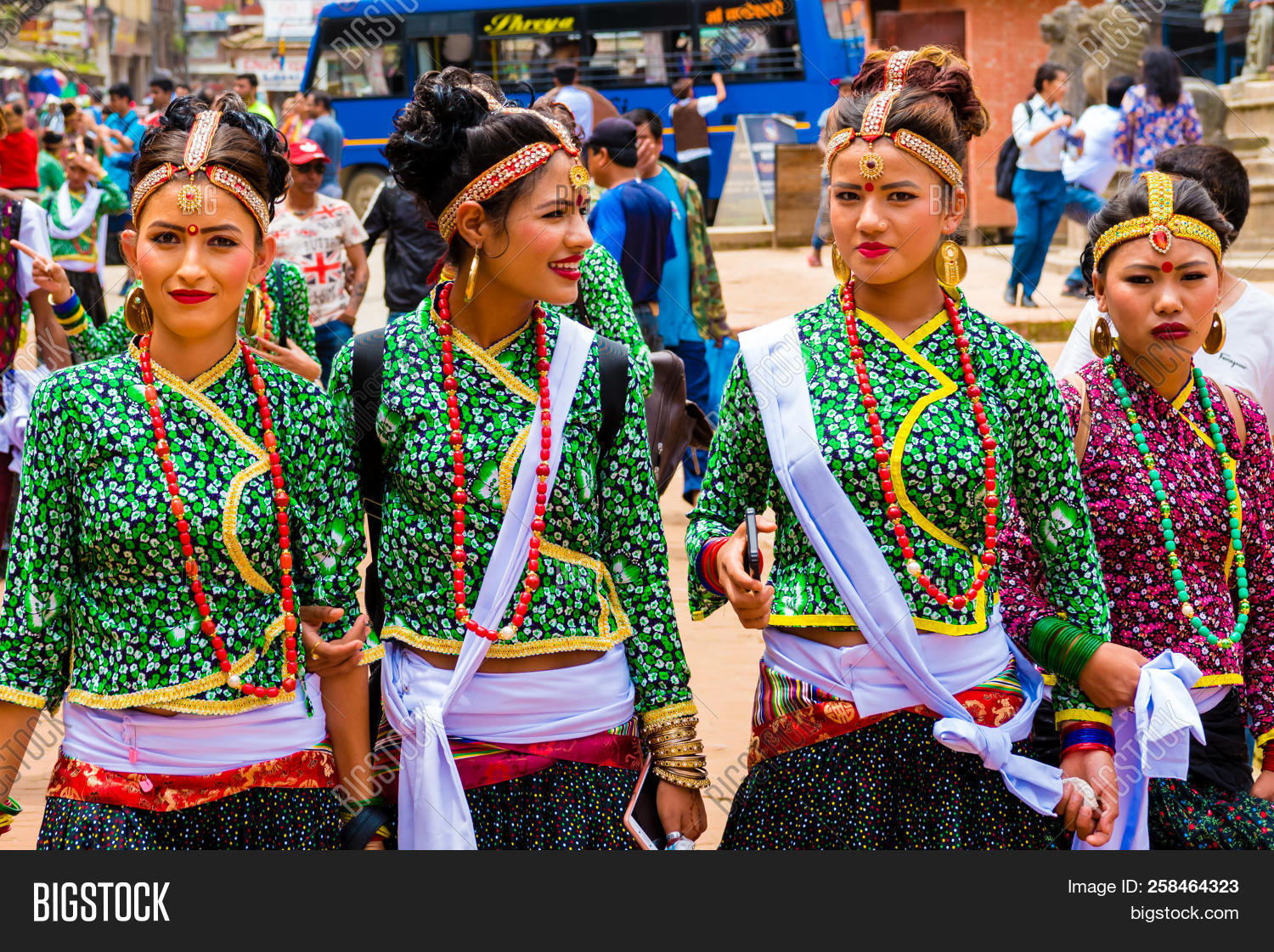 Traditional dresses are symbolic of the art and culture of any country. They trace the timeline of the evolution of fashion dating ages back to modern times. These dresses also many times reveal the essence of nationalism of its country. So like all other countries, there are plenty of traditional dresses in Nepal that the beautiful nation boasts of.

Nepalese men are known for the cute little handmade ‘topis’ that they wear. The innocent smiling faces of these Himalayan men wearing these ‘topis’ are the first thought that strikes us whenever think of them. This Topi, also known as Dhaka ko Topi, actually mean headgear and is named after the capital of Bangladesh-Dhaka, because of the import of the raw materials made from there. However, they no longer depend on imports from Dhaka.
Significance: The ‘topis’ are of great significance and has established itself as a traditional national dress in Nepal. It had become famous during the rule of King Mahendra. A Nepali national is made to wear that topi in photographs for passports. The topi is widely worn in rituals, weddings, funerals, etc. Although a lot of handlooms have been set in Nepal, they are continuously keeping up their pace to meet the rising demand for their topis. Even today International Nepali Dhoti and Topi day is celebrated all across the world by Nepali Nationals on 1st January to keep their tradition and culture intact.

Daura Suruwal is the national dress of Nepal. It was introduced by the then Prime Minister of Nepal of the 19th Century Jang Bahadur Rana. It is also worn vastly by men of Sikkim and Darjeeling. Daura refers to the upper shirt or Kurta and Suruwal are the trouser worn. For years, Daura Suruwal has remained the same due to its religious significance and nostalgia.
The Daura Suruwal consists of 8 strings (since 8 is considered to be a lucky number according to the Nepalese people). It refers to Astamatrika-Singini which is as follows:

It also consists of a closed neck which is symbolic of the snake over Lord Shiva’s neck. This is mostly worn by the Brahmins due to its religious significance.

The Nepalese Prime Minister Mr Rana had worn it during his visit to England in the 19th century. This had further popularised the Daura Suruwal. History holds that Queen Elizabeth had gifted a coat to the Prime Minister which he used to wear over the Daura. This was a modification to the traditional clothing.
Once upon a time, it was mandatory for government officials to make it part of their dress code. These days, they are worn mostly by elderly people. Despite the fact that it is used less of late, it’s demand is soaring higher and higher in the international markets.

Clothes used on a day-to-day basis are as important as the festive dresses of Nepal. Dhoti is such a dress worn on a regular basis by men residing in the more humid parts of Nepal where comfortable wearing is of utmost importance. It is basically a long plain piece of fabric which is wrapped around the hips of men and tied around the waist as a substitute for trousers.

Lungis are similar to dhotis worn but with the purpose of comfort wear. The ends of the lungi are sewn together and they are worn by men as a long sort of skirt with one end open. Lungis are also worn exclusively by Indians. They are often sold in a variety of colours and have become a very common house-wear.

This is the female equivalent dressing of the Daura Suruwal. Gunyou Cholo has a special significance apart from being a national dress of Nepal. It is used to mark the specific age of a girl(7 to 8 years). It is given to a 7 or 8-year-old girl to make a mark of her womanhood and celebrate the fact that she is slowly turning into a woman. It consists of a cholo(blouse) and a skirt accompanied by lots of jewellery. Sadly enough, after the political uprising in 2011, both Daurya Suruwal and Gunyou Cholo have been removed as the national dress of Nepal. They continue to be worn only as ethnic wears.

Another quite popular dress of the Nepalese women is the Sari which is worn by them for decades These saris are similar to the saris worn by the Indian women consisting of a petticoat, a blouse and sari draped around the shoulder. Sari is mostly worn with a lot of gold jewellery and ornaments. Saris are very common in festivities and are even recognized as formal wear for Nepalese women.

This is more of a modern dress of the Nepalese women which has developed in the recent past. It consists of baggy pants serving the purpose of trousers. The upper wear consists of a blouse, a kurta which is made up of silk or cotton, collared or collarless and a scarf as a sign of decency. They are sold in a variety of shining colour combinations all across Nepal.

Dress Specifications According to Caste

In Nepal, people of different castes wear different sorts of jewellery and dresses of Nepal which are unique to themselves and differ from the other castes to distinguish themselves. Some of the different castes and the respective dresses worn by them are Bahun, Chhetri, Gutung, Limbu, Magar, Maithili, Newar, Raute, Rai, etc.
So once you visit this beautiful country, make it a point to shop for some of these traditional dresses of Nepal as a mark of respect to their tradition and also spreading the beautiful culture of this country all across the world.