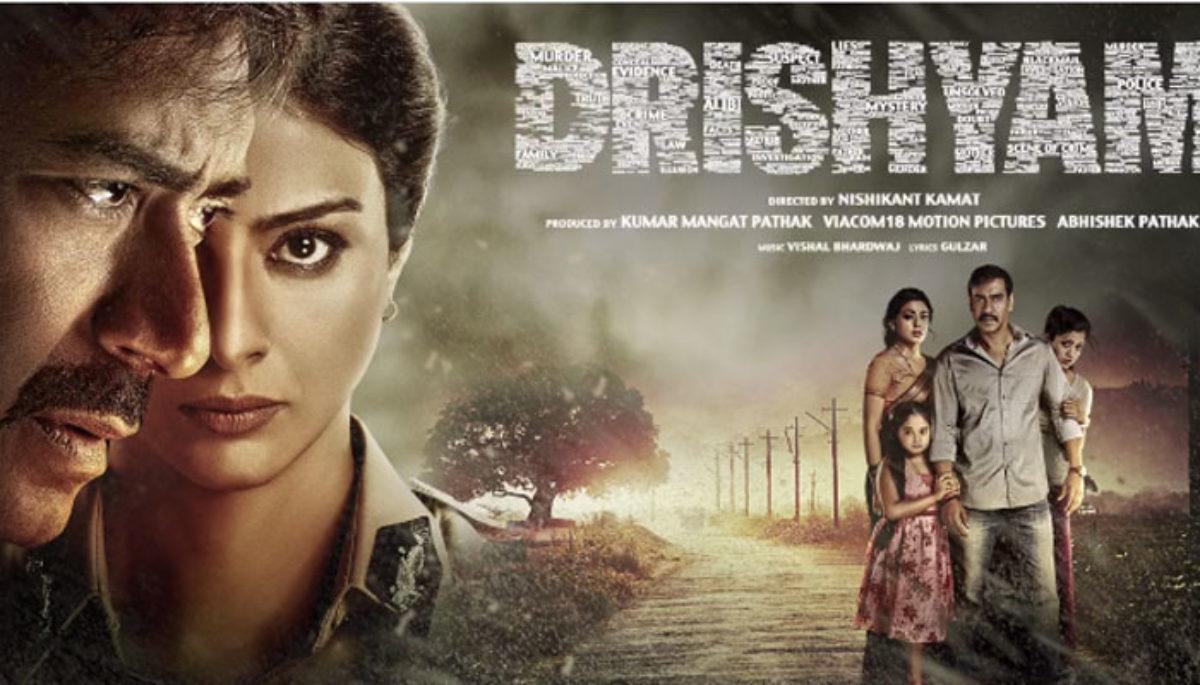 Karan Malhotra’s Brothers (2015) is an official remake of Gavin O’Connor’s Warrior (2011), a film ripe for an Indian adaptation. Family drama and action with a dash of sports – you can already sense Malhotra manipulating audiences with Agneepath-like brazen melodrama. The film will be judged not purely on its own merits and demerits, but also partly by its ability to retell a story already made into another film.

Latest release Drishyam takes the opposite route; it’s an unofficial adaptation of a book where the landscape has been altered in an effort to remove traces of the original. You may already know that Drishyam is an official remake of a similarly titled Malayalam film (2013), written and directed by Jeethu Joseph. But the Malayalam film itself was an unofficial adaptation of The Devotion of Suspect X (2005), written by Japanese writer Keigo Higashino. To Joseph’s credit, his adaptation is one of the smartest seen in Indian cinema – a far cry from the scene-to-scene rip-off many a Bhatt and Sanjay Gupta film has succumbed to in the past.

The book was about an unwelcome intruder getting accidentally killed by his ex-wife, and the cover-up the woman’s neighbor orchestrates to save her. In Drishyam, the basic premise is identical – an unwelcome intruder is accidentally killed by a teenage girl, and her father devises a cover-up. In the book, the protagonist is a genius Mathematician who goes up against a similarly accomplished Physicist to ensure the woman remains out of prison. Drishyam’s conflict is more personal: the protagonist creates an alibi to save his own family, while the cop investigating the case is the victim’s mother. Another wily trick is that the highly educated, academically-inclined school-teacher in the book has been replaced with an uneducated businessman, making the character more of an underdog.

In both, the book and the film, a woman and her kid(s) is tutored by the protagonist on how to appear before law-enforcement agencies. Even the version of the events to be replayed before the cops is meticulously worked on. In both, the characters are made to live their alibis, so they sound convincing while being interrogated.

For instance, in the book, the murderer claims she watched a movie at the time the crime took place. She really does watch the film (at a different time) and, when asked about plot details, can confidently recall them. In Drishyam, the characters claim they attended a religious sermon on the day of the murder. They travel to the venue the day after, watch a CD of the sermon, and can once again replay it back when interrogated. In both instances, they share their experiences (of watching the film/ attending the sermon) with friends and acquaintances, so when others are interrogated, their claims are corroborated. There are deviations of course – like the presence of a body in the book, and the absence of one in Drishyam – but that doesn’t necessarily prove Joseph wasn’t inspired.

What is really irksome is Joseph’s insistence that his film is an entirely original piece of work, with absolutely no influences from either the book, or its two official remakes, Suspect X (2008) and Perfect Number (2012). The Hindi film, in fact, begins with a slide that says the film is based on an “original” story by Jeethu Joseph, which is just laughable (as I mentioned in my review).

When NH10 (2015) released earlier this year and audiences found similarities with British thriller Eden Lake (2008), director Navdeep Singh insisted his film was original, only following certain genre tropes evident in all similar road movies where protagonists find themselves in hostile environments. That, of course, is only an excuse; Singh’s genre argument doesn’t work because there are several plot points in his film similar to that in Eden Lake. Joseph, frankly, can’t even use that excuse. Covering Up A Crime By Creating Fake Alibis And An Alternate Chain Of Events isn’t a genre, last I checked.

All this is rather sad, because Drishyam is the rare adaptation where the writer displayed imaginativeness in reconstructing a plot that already exists. His insistence on his film being entirely original, however, makes you feel like the cop convinced of Joseph’s crime, but where he’s created a cover-up that safeguards him against copyright infringement suits.