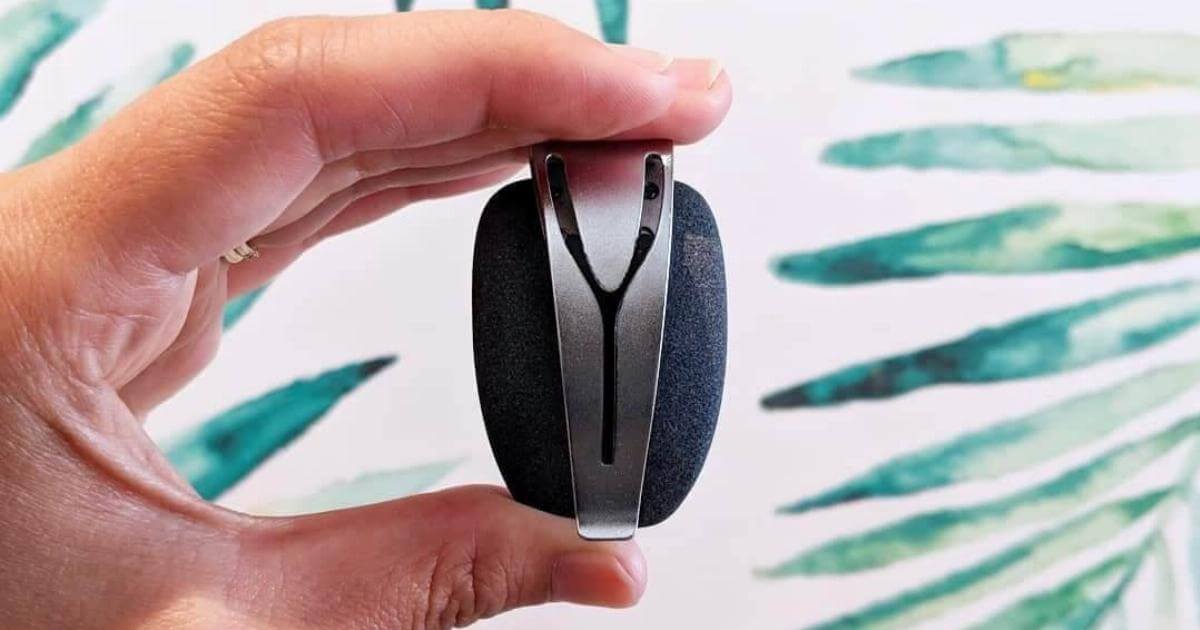 “Discover Calm”, says the Spire Stone’s package on a clear white background. The dream of every mother with three small children or company leader before a financial audit. However, more than just being a mindfulness device, Spire also advertises this wearable as an activity tracker that keeps track of your steps and calories. How do activities and passive meditation come together? I got curious and hastily opened the box to get my hands on the Spire Stone and put it to the test. Here’s my verdict.

Before diving into the product, let’s start with mindfulness. The textbook definition of the term will state that it pertains to a calm state of mind focused on the present moment. This state of mind can be achieved through the practice of meditation techniques, some of which the Spire Stone incorporates in its companion app. While mindfulness owes its origins to Buddhist practices, it has been used in the clinical setting for over 20 years but there are still some scientists who are concerned about its scientific backing.

On the other hand, the advancement of technology did not leave even mindfulness and meditation techniques untouched. Several health apps and medical devices appeared for maintaining mental hygiene. For example, with the Calm app, you can learn how to meditate, have breathing sessions to relax your mind and body, listen to calming bedtime stories before you go to sleep or watch smoothing nature scenes any time during the day whenever you feel it’s necessary. Moreover, some bedtime stories are told by Stephen Fry, and you can also listen to the Wisdom of the Jungle or The Lost Grimm Fairy Tale. I even reviewed the Muse brain sensing headband, which helps you get the most out of your meditation practice by giving you real-time biofeedback about what is going on in your mind. Thus, I have some experience with som pieces of equipment, which promise you to help harness the therapeutic benefits of mindfulness. Let’s see how the Spire Stone performs among them.

True to its name, the device looks and almost feels like a stone – as if a pebble had a metal clip on its back. If you are wary of having the clip face your skin, then worry not as it is the Stone’s smooth surface that has to face the skin with the clip attached to your pants (or bra, as Spire instructs). Once that is done, you don’t have to be concerned about your new tech falling out of (or into) your clothing since the metal clip does quite a good job at holding on tight.

In fact, much attention seems to have been given to the design aspect. It has a sleek and discrete look, it’s very lightweight, thus the Spire Stone can easily be worn without any discomfort. Even the wireless charger has quite the look with its wood pattern. On the aesthetic aspect, the Spire Stone surely looks enticing, but what about its functionality?

Off to a rocky start…

Once I had clipped the Stone, I downloaded the companion app and switched on my phone’s Bluetooth connection and… failed to connect… and again, and again! This is one of the most persistent issues that I have faced with the app/device, and I know that the issue is not on my phone’s end as my personal fitness tracker automatically connects whenever I boot my Bluetooth. So the problem has to lie with the app or with the sample provided. And yes, as any tech-support worthy of their salt would suggest, I did uninstall and reinstall the app, twice in fact, but the issue persisted. It surely did not calm me down in those moments…

I would humbly advise the company to look into these issues, as in my case, at least, there was some room for improvement here. Anyway, once I finally managed to connect the Stone to my phone, I went ahead to test the Spire Stone by carrying on my daily routine since I wanted to track my breathing rate on a regular day and analyze it afterward.

How does the Spire work?

As the wearer breathes, the Spire Stone measures the movement of the torso or abdomen via its patented respiration sensors and sends the data to the connected phone app which outputs an analysis. You can even wear the device while the phone is away as it stores data for the last six hours. However, to get real-time feedback, the Stone has to be paired with its app. For feedback, the device vibrates with different types of vibrations for numerous breathing patterns. You can also toggle which notifications you wish the wearable to vibrate for, and in theory, you can also modify the vibration intensity via the app. However, in practice, I was unable to do so, and the default vibration is quite something to behold.

From my experience using the device, the Spire Stone does a decent job at monitoring the breathing patterns but it is the way that it analyses the data that I found to be somewhat troublesome. If you are connected to the app, you can see your breathing rate in real-time. Spire categorizes the user’s breathing pattern as being calm, focused or tense depending on the breaths per minutes (bpm). The Stone recorded my average breathing rate at 18 bpm but I’ve often experienced the device vibrate, telling me that my breathing was tense, when the app showed only a 16-breath-per-minute reading.

This is contrary to what the device was assumed to do based on the instructions which said it is supposed to notify me of a tense streak when my breathing rate is above 24 bpm for 10 minutes. I also found it peculiar that the app would show a breathing pattern after I laid the Stone on my desk, far away from my body. Such unfortunate incongruencies show that an element of the Spire Stone, whether the device itself, the app or the connection between the two, has room for improvements.[tps_header][/tps_header]

Ups and downs with the Spire

Moreover, the company claims that its device can account for your calories burnt while tracking your activities. With the device in question, this is, of course, a mere approximation based on your movements that the Stone can sense. Still, it was quite a surprise for me that the Spire app recorded a grand total of zero calories burnt when I did some weight lifting. It did record some activity while I engaged in high-intensity interval training but even then the measurements were not constant. As such, the Spire Stone might not be the optimal activity tracker out there.

On another note, the Stone does have a few excellent features. The quasi-hypnotic in-app calming exercise that features bubbles moving in tandem with your breath was the highlight for me. Some mindfulness audio training programs are available to download for you that can help you focus, feel calmer or even reduce tension. You definitely need some practice to be able to see the results but it is reassuring to know that the programs are there to guide the users.

Despite the issues that I have faced with this wearable, it did get me to pay more attention to my breathing rate and thus it did support my journey into a less stressful everyday life. Whenever I saw my bpm raise, I would try to breathe more slowly. The company could perhaps consider to even build a small screen on the Stone itself so that the user wouldn’t need to look at the phone’s screen to know the breathing rate.

Final verdict: inspiring for a subset of people

I consider the Spire Stone more of a proof of concept than an actual device that one should use on a daily basis. I would recommend it if you are tirelessly looking for a discreet device that can help you relax and find a little bit of calm, provided that you have the patience and dedication to commit to the exercises. You could use it when you think you need to cool off, like after a tiring day, after a stressful meeting or before one.

Coupling the wearable with its companion app’s audio training sessions and the built-in breathing exercise during those moments can help you regulate your respiration and possibly help you be calmer and more focused. While not on a daily basis, the Spire Stone could add a new aspect on how to reach mindfulness every now and then.