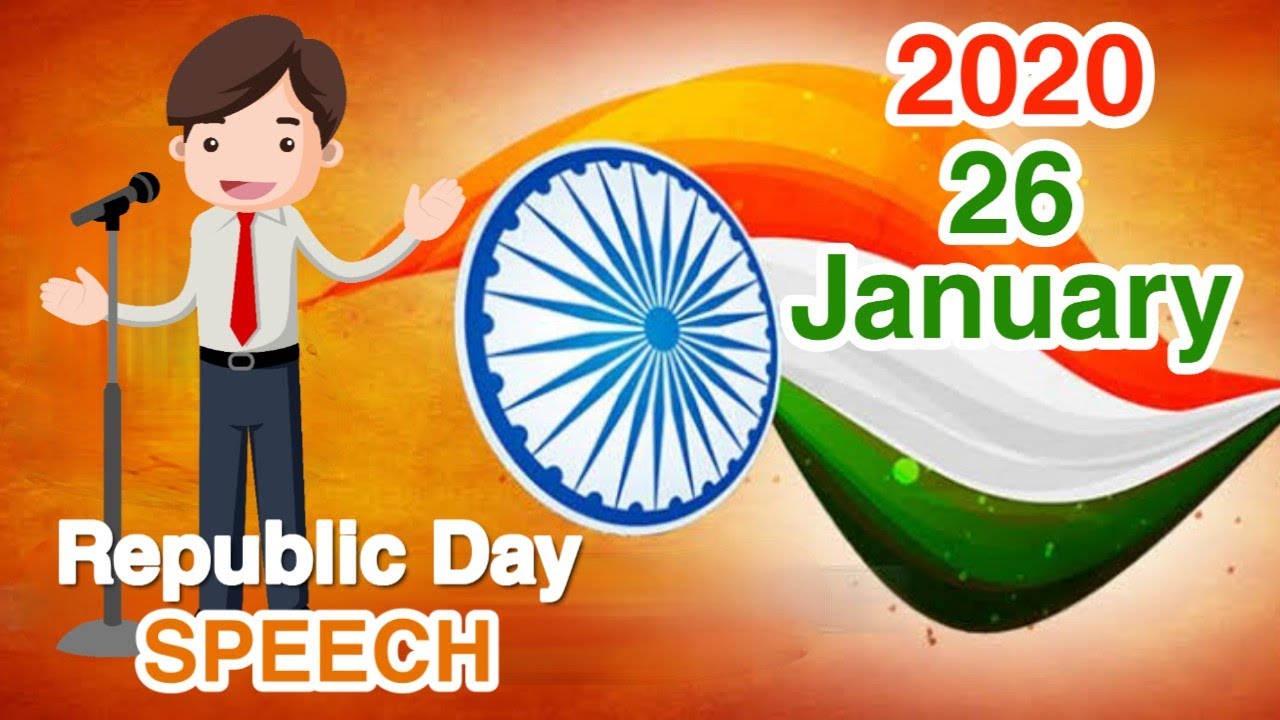 On the eve of our 71st Republic Day, I extend my warm greetings to all of you, in India and abroad.

The modern State comprises the three organs – Legislature, Executive and Judiciary, which are necessarily interlinked and interdependent. Yet, on ground, the people comprise the State. ‘We the People’ are the prime movers of the Republic. With us, the people of India rests the real power to decide our collective future.

Our Constitution gave us rights as citizens of a free democratic nation, but also placed on us the responsibility to always adhere to the central tenets of our democracy – justice, liberty, equality and fraternity. It becomes easier for us to follow these constitutional ideals, if we keep in mind the life and values of the Father of our Nation. By doing so, we will be adding a meaningful dimension to our celebrations of 150th birth anniversary of Gandhiji.

The Government has launched a number of welfare campaigns, and what is especially noteworthy about them is the fact that citizens have voluntarily turned them into popular movements. The ‘Swachchh Bharat Abhiyan’ has achieved astounding success in such a short time. The same spirit can be seen in other endeavours. Be it giving up cooking fuel subsidy or pushing digital payments, the common man has made the government programmes his own, making them truly effective. The success of the ‘Pradhan Mantri Ujjwala Yojana’ is a matter of pride, as the target of 8 crore beneficiaries has been achieved. With this, those in need have access to clean fuel. The ‘Pradhan Mantri Sahaj Bijli Har Ghar Yojana’, that is, ‘Saubhagya’ too has brightened people’s lives. Under ‘Pradhanmantri Kisan Samman Nidhi’, more than 14 crore farmer families have become entitled to receive minimum annual income of Rupees six thousand. This has enabled the farmers who feed us to live a life of dignity.

To effectively meet the challenge of the increasing water crisis, the Ministry of Jalshakti has been created. Water conservation and water management are being given top priority. I am confident that, like ‘Swachchh Bharat Abhiyan’, ‘Jal Jeevan Mission’ too will take the form of a popular movement.

Along with the welfare of those most in need, every policy initiative of the Government is guided by the ‘nation-first’ principle. The roll-out of the GST has realised our vision of ‘One country, One tax, One market’. It is being complemented by the e-NAM scheme, which is strengthening the process of creating ‘one market for one nation’ and will benefit farmers. There is a consistent effort by the government to ensure overall development of each and every part of the country – be it Jammu-Kashmir and Ladakh, the states in the North-East or our Islands in the Indian Ocean.

Access to health and education are often considered the foundation of good governance. In both these sectors, we have come a long way in the seven decades. The Government has rightly focused its attention on the health sector, with its ambitious initiatives. Starting with the Pradhan Mantri Jan Arogya Yojana, and expanding to the Ayushman Bharat, which is the world’s largest publicly funded universal healthcare programme, the Government has shown its care and concern for the well-being of the poor. Quality of healthcare has improved, so has its reach. The Jan Aushadhi Yojana has brought down the healthcare budget of common people in the country by providing quality generic medicines at affordable prices.

The foundations of a sound education system were built in ancient times, with the setting up of great universities like Nalanda and Takshashila. In India, knowledge has always been considered more valuable than power, fame or riches. In our tradition, educational institutions are respected as temples of learning. When our land was pushed into backwardness after the long colonial rule, it was education that emerged as a path to empowerment. Even though the development of our educational institutions commenced soon after Independence, in an environment of scarcity of resources, our achievements in the field of education have followed a remarkable trajectory. Our endeavour is to ensure that no child or youth is denied education. At the same time, we need to strive to reach global education standards by continuous reform of our educational systems.

India is proud of the achievements of ISRO. They are making further progress in Mission Gaganyaan, and the nation excitedly looks forward to the Indian Human Spaceflight Programme gaining further momentum this year.

This is also the year of Tokyo Olympics. While India has traditionally done well in a number of sports, the new generation of players and athletes has brought laurels for the nation in more and more varieties of sports in recent years. At Olympics 2020, the Indian contingent will be backed by cheers and good wishes of millions of Indians.

Another source of pride for our country has been our diaspora. During my visits abroad, I have observed that Indians have not only brought prosperity to their adopted lands, they have also enhanced India’s image before the world community. Many of them have made great contributions in a wide variety of endeavours.

I have nothing but unreserved praise for our armed forces, paramilitary and internal security forces. Their sacrifices to preserve the integrity and unity of our country present a saga of unparalleled courage and discipline. Our farmers, doctors and nurses, teachers who impart learning and values, scientists and engineers, alert and active youth, industrious members of our workforce, entrepreneurs contributing to our economic wealth, artists who enrich our culture, service sector professionals who have earned global appreciation, our fellow countrymen contributing in many other spheres of activity and specially our resilient daughters who have scaled new heights of achievements against odds – they all bring pride to our nation.

Earlier this month, I had the opportunity to interact with some achievers who have done commendable work in various fields. Working silently, they have made immense contributions to various fields including science and innovation, sports, empowerment of Divyang persons, farming and afforestation, women and child empowerment, education, healthcare, revival of old art forms and providing food and nutrition to the needy. For example, Sushri Aarifa Jan has revived the Numdha handicrafts in Jammu & Kashmir; Sushri Ratnawali Kottapallihas been serving patients suffering from thalassemia in Telangana; Shrimati Devaki Amma has developed forest wealth through her individual efforts in Kerala; Shri Jamkhojang Misao has improved the lives of many people through his community development efforts in Manipur and Shri Babar Ali has been providing education to underprivileged children in West Bengal since his childhood. There are numerous such examples, I have mentioned only a few of them. They exemplify that ordinary people can make extraordinary contributions. There are a large number of voluntary organisations too who have been contributing to the project of nation-building, and complementing the initiatives of government.

We are now in the third decade of the twenty-first century. This will be the decade of the rise of New India and a new generation of Indians. More and more of those born in this century are participating in the national discourse. With the passage of time, we are gradually losing living links with our great freedom struggle, but there is no reason to worry about the continuity of the beliefs that guided it. With advances in technology, the young minds of today are better informed and more confident. The next generation remains strongly committed to the core values of our nation. For our youth, the nation always comes first. With them, we are witnessing the emergence of a New India.

Mahatma Gandhi’s ideals remain relevant in our nation-building efforts. It should be part of our daily routine to introspect on Gandhiji’s message of truth and nonviolence, which has become all the more necessary in our times.

When fighting for a cause, people, particularly the youth, should not forget the gift of Ahimsa Gandhiji gave to humanity. Gandhiji’s talisman for deciding whether an act is right or wrong also applies to the functioning of our democracy. Government and opposition both have important roles to play. While giving expression to their political ideas, both must move forward in tandem to ensure that development of the country and welfare of its people are promoted consistently.

As our Republic Day is a celebration of our Constitution, let me conclude with the words of its chief architect, Babasaheb Ambedkar:

“If we wish to maintain democracy not merely in form, but also in fact, what must we do? The first thing in my judgment we must do is to hold fast to constitutional methods of achieving our social and economic objectives.”

These words have always lighted our path. These words will continue to show us the way ahead to new glories.

The idea of world as a large well-knit family, captured in our message of ‘Vasudhaiva Kutumbakam’, strengthens our relations with other nations. We have been sharing our democratic ideals and the fruits of our development with the entire world.

We have a tradition of inviting foreign heads of states to participate in our Republic Day celebrations. I am glad that this year, our distinguished friend, The President of Brazil, Mr. Bolsonaro will take part in our Republic Day function tomorrow.

As India and Indians march forward, we remain committed to engaging the global community to build a secure and prosperous future for ourselves and for the entire humanity.

I once again convey my Republic Day greetings to all of you and I extend my best wishes for your bright future.