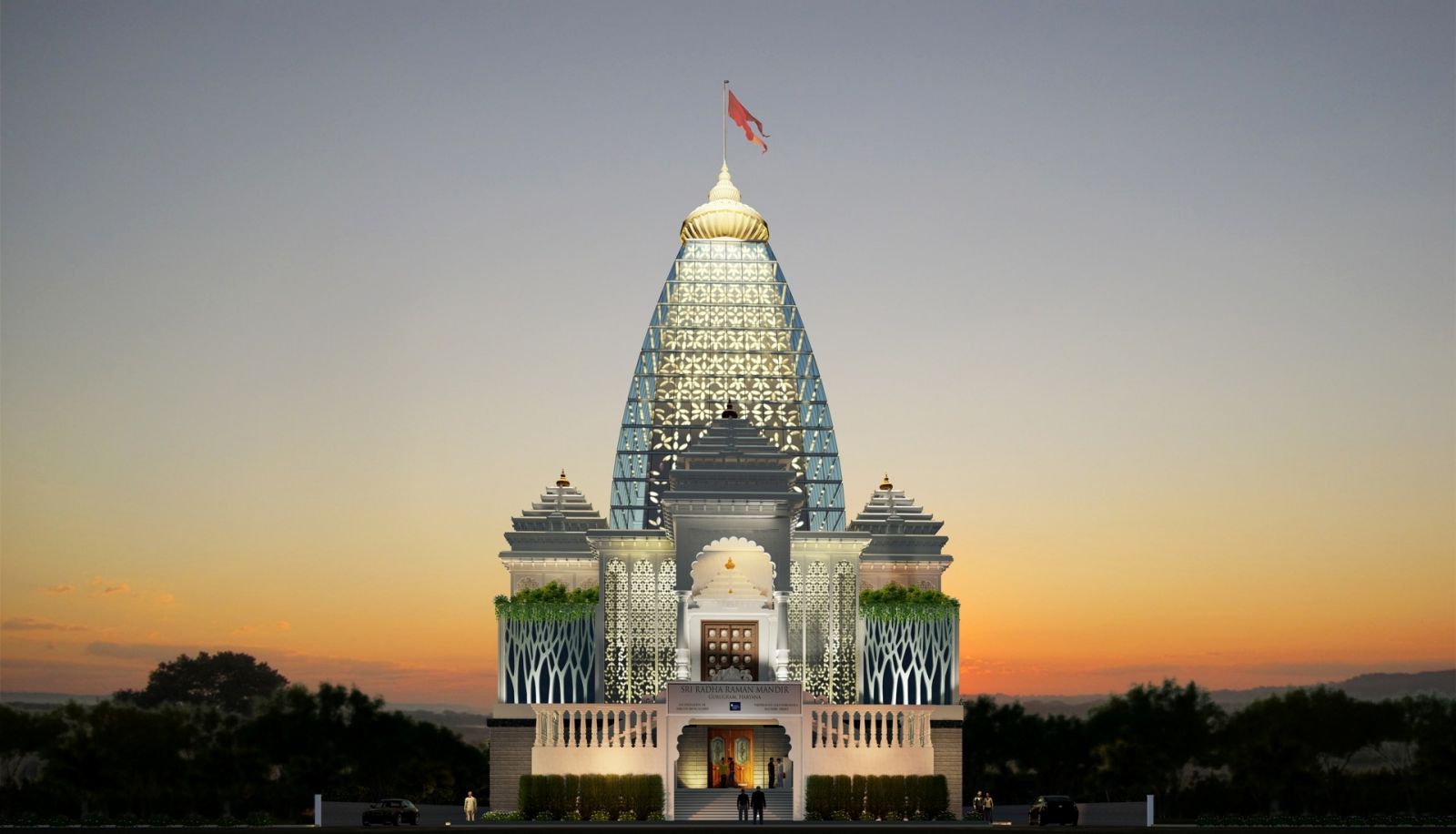 Located about 2 kilometers from the Vrindavan Railway Station is one of the most revered early modern Hindu temples in Vrindavan, the Radha Raman Temple. It is dedicated to Lord Krishna, who is considered to be Radha Raman, meaning one who gives pleasure to Radha. The temple is known to have the original Shaligram deity of Krishna alongside Radharani, which is the self-manifested deity from Shaligram Shila and has a mystical smile on his face. The Radha Raman temple complex also has the samadhi of Gopal Bhatta, located right next to the appearance place of Radha Raman.

Radha Raman Temple is said to be one of the most significant among the 7 temples of Thakur of Vrindavan. It holds importance especially among the followers of Gaudiya Vaishnavism. The temple was beautifully crafted when it was established in 1542 but was renovated later in 1826 by Shah Behari Lallji. Another interesting fact about this temple is that even though it is dedicated to and named after Radha, there is no deity of Radha Rani in the temple. There is only a crown kept next to Krishna to signify her presence.

The temple dates 500 years back when it was established by Gopala Bhatta Swami. He came to Vrindavan at 30 years of age. Having felt detached from the Lord after Chaitanya Mahaprabhu’s disappearance, he dreamt of the Lord instructing him to visit Nepal in order to achieve his darshana. Gopala Bhatta Swami headed to Nepal and bathed in the infamous Kali Gandaki River where he dipped his water pot in the river, only to find several Shaligrams enter his pot. He tried to drop them back in the river, but they kept re-entering the pot. He found a total of 12 Shaligram Shilas and took them with him.
On the Poornima day, he put them in a wicker basket after worshipping them and went to take some rest. The next morning, on uncovering them, he saw only 11 Shilas and a deity of Lord Krishna playing the flute. Basically, it was one of the Shilas that had self-manifested itself into a deity which came to be known as Radha Raman. This the story of the appearance of Radha Raman and the original Shila is placed in this temple.

The architectural excellence of the Radha Raman Temple lies in its modern Hindu style of design. it houses an original self-manifested idol of Saligram stone inside, which has a mystical smile on its face. The temple is large and is located in the riverside area, with adds to its scenic beauty. Inside the compound, there is also a tomb of Gopala Bhatta Goswami who is the creator of this temple. Furthermore, Radha Raman Temple is said to have the seldom available clothes used by guru Chaitanya.

The various activities undertaken by the temple include Love Braj which is tour guide service to provide you with the real Braj experience, several youth activities, Dental Charity which has been created by the management to ensure that people of Braj receive quality dental care and treatments, Go Puja or ceremonies conducted to worship the holy cow and garbage disposal and street cleaning activities.

Rama Navami: It occurs in the month of Chaitra, that is March or April and is celebrated to signify the appearance day of Lord Ramachandra, also called Brahmotsava.
Chandan Yatra: The deity of Radha Raman is completely covered with Chandan, that is sandalwood paste to provide relief from the unabated heat in the summer months of May and June. The process is carried out with small deities as well, for about 21 days.
Jhulan Yatra: The swing festival or Jhulan yatra is celebrated at the beginning of the rainy season by placing the small deities on a solid teakwood and gold plated swing in the courtyard of the temple.
Balaram Purnima: It is celebrated at the end of Sharavan month to mark the appearance of Lord Balaram.
Janmashtami: On this day, Lord Krishna’s birthday is celebrated from morning to night. The temple is decorated elaborately, with hordes of pilgrims visiting for darshan. Before midnight, Maha Abhishek of Sri Krishna is done followed by bhoga offering and aratika.
Radhashtami: This festival is celebrated to mark the birth of Radha. The day comprises of half day fast, Abhishek and feast.
Kartika: In the month of Kartik, devotees offer lamps to the deities in the evenings and chant the glories of Lord’s kartik pastimes. Diwali, Govardhan Puja and Vraja Mandala Parikrama all take place in the month of Kartika.
Gaura Purnima: It is celebrated to commemorate the appearance of Chaitanya Mahaprabhu. Devotees fast till moonrise. This day also marks the last day of the Holi celebrations in Vrindavan.

How To Reach Radha Raman Temple