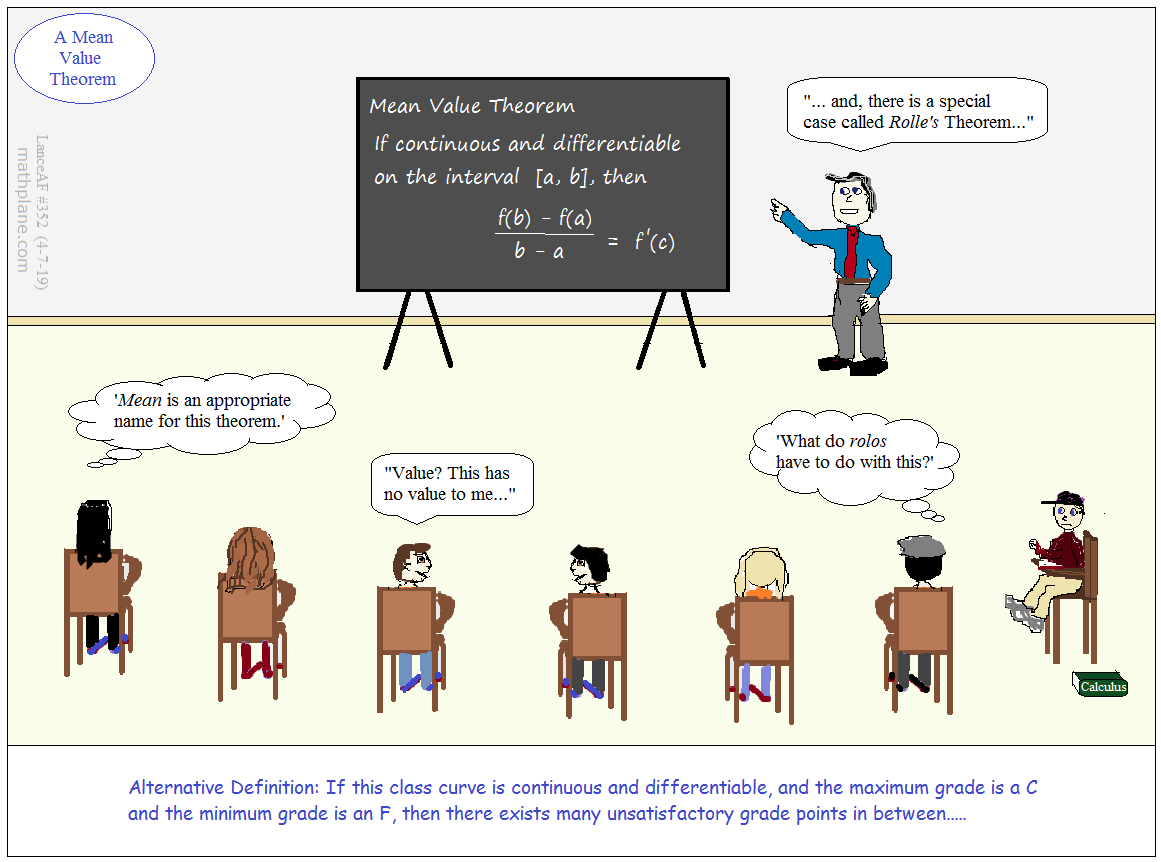 Rolle’s theorem, in analysis, special case of the mean-value theorem of differential calculus. Rolle’s theorem states that if a function f is continuous on the closed interval [a, b] and differentiable on the open interval (a, b) such that f(a) = f(b), then f′(x) = 0 for some x with a ≤ x ≤ b. In other words, if a continuous curve passes through the same y-value (such as the x-axis) twice and has a unique tangent line (derivative) at every point of the interval, then somewhere between the endpoints it has a tangent parallel to the x-axis. The theorem was proved in 1691 by the French mathematician Michel Rolle, though it was stated without a modern formal proof in the 12th century by the Indian mathematician Bhaskara II. Other than being useful in proving the mean-value theorem, Rolle’s theorem is seldom used, since it establishes only the existence of a solution and not its value.