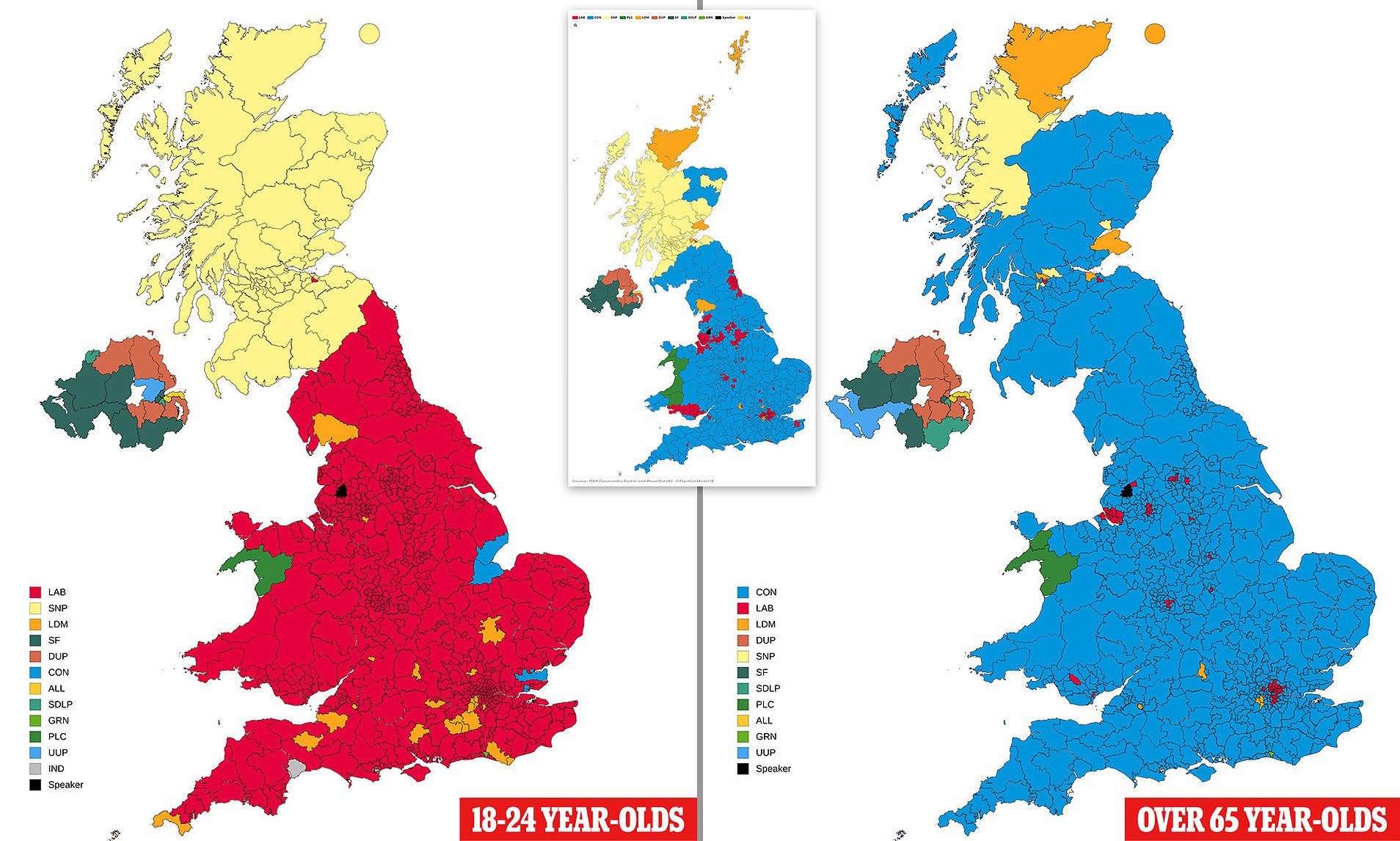 Contents hide
1 How did the Conservatives do it?
1.1 How Conservatives picked up votes from Brexit constituencies
1.2 Share of votes in the last three general elections
2 What does it mean for Parliament?

LONDON — Prime Minister Boris Johnson and his Conservative Party secured a landslide victory in the British general election. Here are the official results:

650 of 650 constituencies reported, 326 needed for majority
LondonCardiffBirminghamBelfastEdinburghManchesterNORTHERN IRELANDWALESSCOTLANDENGLNDIn Scotland, the Scottish National Party exceeded expectations, signaling there may soon be a new push for a referendum on Scottish independence.
Across northern England, the Conservative Party flipped seats in the Labour heartland from red to blue.
In Northern Ireland, the Democratic Unionist Party lost two seats, including one to Sinn Fein.
Labour held on in Wales, though the Conservatives managed to pick up a few new seats.
In London, the Liberal Democrats failed to make the large gains they had hoped for.

The Labour Party suffered its worst showing in more than 80 years.

The pro-independence Scottish National Party, known as the S.N.P., picked up 48 of Scotland’s 59 seats. Its powerful performance could renew calls for a referendum on Scottish independence, which Mr. Johnson opposes.

How did the Conservatives do it?

The election marked a sharp realignment of the country’s election map along lines shaped by Brexit. Mr. Johnson ran on a platform to “get Brexit done,” a promise that seemed to win over areas that had voted to leave the European Union in the 2016 referendum.

How Conservatives picked up votes from Brexit constituencies

Some of the areas where support for leaving the European Union was strongest, in the north and central parts of England, overlapped with traditional Labour Party strongholds. But Conservatives flipped those areas, taking control of a number of Labour districts for the first time in decades.

A succession of Labour bastions fell one after another.

One clear early example of the growing cracks in what was known as Labour’s “red wall” came when the Conservatives won the seat of Blyth Valley, an area that had been held by Labour since 1950. The Tories also won seats in Workington, a northern seat that gave its name to their new target voter, the “Workington Man,” and in Bishop Auckland, who elected the first Tory member of Parliament in its 134-year history.

Share of votes in the last three general elections

What does it mean for Parliament?

The Conservatives secured a resounding majority in Parliament, far surpassing the halfway mark in the 650-seat Parliament and ending the political gridlock that has gripped Parliament for the last two years.

326 seats neededfor a majority in ParliamentConservativeLabourSNP650 of 650 constituencies reported. Note: Includes the 10 non-voting members of Parliament.

Almost as soon as he became prime minister in July, Mr. Johnson lost his parliamentary majority. He then lost a succession of parliamentary votes and expelled rebel Conservative lawmakers who rejected his hard-line Brexit policies, worsening his numbers in Parliament.

But with a solid majority now, Mr. Johnson will have command of his party and of the House of Commons, and the power to press on with his domestic agenda, which includes more public spending.

Most important of all, Britain will almost certainly leave the European Union on Jan. 31 as Mr. Johnson has promised, and the prime minister will have more political space to negotiate the kind of deal that he wants.