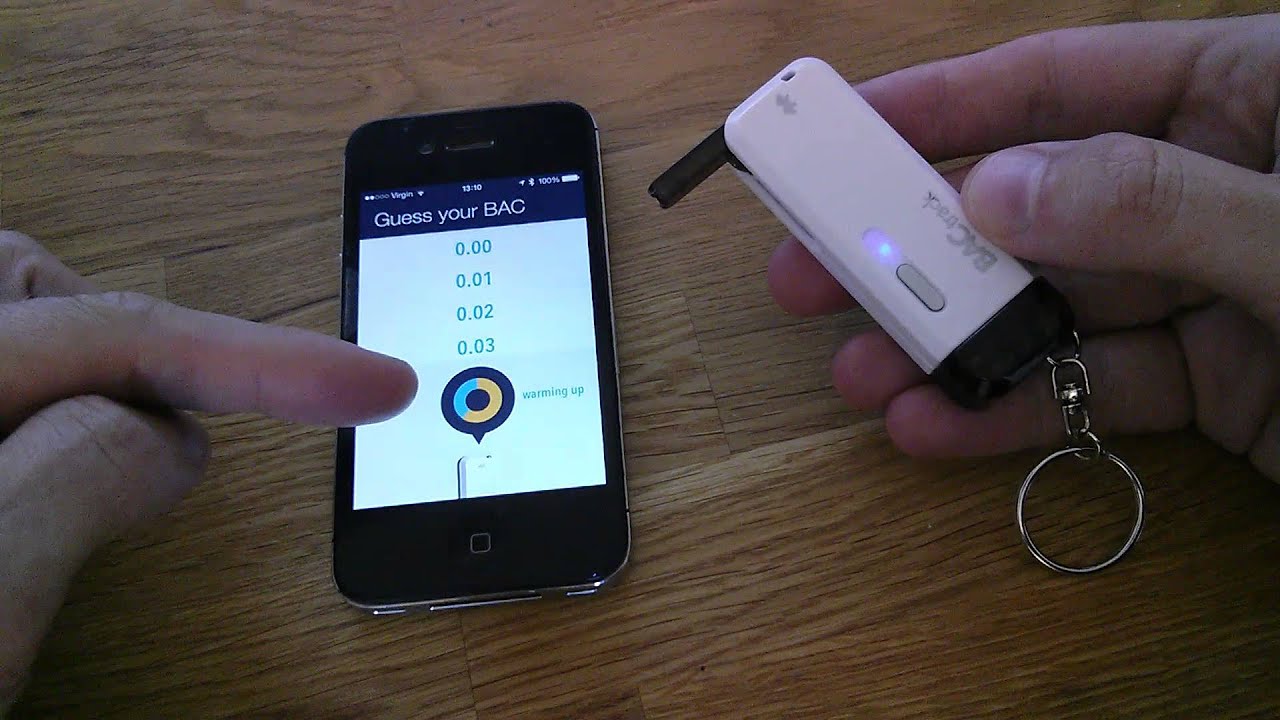 All drivers get into situations when they have to say no to alcohol, or have to count how much time they’ll need until sobering up completely when they have that last drink. But breathalyzers could also be parents’ good friend when dealing with teenage drinking, people who try to regulate their alcohol consumption, and nurses or doctors, who could also easily assess whether an incoming patient is under the influence of booze. A digitalized, smartphone-connected, truly 21st-century breathalyzer, the BACtrack Mobile promises to monitor blood alcohol concentration straight from your pocket – and we decided to take a detailed look at it.

Alcohol is a tricky substance. Get a drink, and the conversation starts flowing. Pour another glass of wine, and you start becoming more confident. By the next one, you’re on the dancefloor showing off moves from a Beyonce video. By that time you want to get home, however, you might lose your skill to reason clearly, and you will obviously get rid of your ability to drive. You might still think, you have the chance to get home safely, but you’d better not do that.

Statistics show that humans are not only bad at driving, they are outright terrible at drunk driving. The phenomenon is the cause of about 58 percent of road fatalities in South Africa. Every year, there are 25.1 car accident fatalities in the country per 100,000 people. Of all those deaths, six out of ten are due to alcohol consumption. But other countries are not much better either. In Canada, 34 percent of car fatalities relate to booze, but the US only lags behind by 3, while Australia by 4 percent. France comes in fifth on the global list with 29 percent, and Italians follow with 25 percent of fatal car crashes attributable to alcohol.

Many countries have a zero-tolerance policy with police units using breathalyzers to check drivers’ alcohol consumption on the roads, but companies are also offering consumer products to help drivers determine whether or not they should be driving. However, these gadgets might also help nurses or doctors check incoming patients’ alcohol levels or parents could monitor whether their teenage kids really kept their words about not drinking. Let’s see what the BACtrack Mobile has to offer.

With over a decade spent at aiming to help regular people monitor their blood alcohol content (BAC), the inventory of the U.S-based company, BACtrack boasts different types of breathalyzers from keychain to smartphone-aided to professional grade options.

BACtrack Mobile, the world’s first mobile breathalyzer was introduced in 2013 on the market, and two years later, it got integrated with the Apple Watch. This sleek-looking $99 device is a pocket-sized device that connects to your smartphone and helps you monitor your BAC within seconds with professional-grade accuracy thanks to its proprietary Xtend Fuel Cell Sensor technology. The recently available BACtrack Mobile Pro upgraded the original version to be even more accurate and to have an even shorter warmup time, but otherwise, the devices are pretty much the same. So, let’s see how easy it is to operate it.

So, The Medical Futurist decided to go out with friends and even get into a bar crawl to be able to work with the BACtrack. It’s a hard life to be a reviewer, isn’t it?

Now, it is fairly easy to operate the device, actually. Even after a beer, which is already impressive. After downloading the companion app and pairing the device with your smartphone via Bluetooth, you can fire a BAC test. The latter has a “warming up” period for its sensor which can occasionally take some time, but otherwise, it’s fast and furious.

What we really liked is that the company included a neat optional guessing game allowing you to take a guess at your BAC and then compare it with the actual result later. It often happens that people underestimate the effect of alcohol on them or how much booze influences their behavior – so now, you can compare how much you actually know yourself and your body.

After the warm-up period, the app will tell you to take a deep breath and blow through the mouthpiece of the actual device. After capturing your breath sample with its mini internal solenoid breath pump, it will interpret your breath’s content and give you the result. It’s usually done in less than 30 seconds. We tried several times, and there was only one occasion where the app would hang on the interpretation step and never give out a result. Other than that, it worked flawlessly.

Once the BAC is ready, it will be shown in the app which will give you a description of your current sobriety level and a general feeling, which we found to be quite accurate. With the included ZeroLine Technology, it also lets you know around when you can expect to be sober again, which proved to be, again, very accurate for us. That feature could also be a huge help for anyone estimating the time to get behind the wheel.

During our tests, after waiting for 15 minutes post-alcohol consumption as the User Guide advises, the readings were more accurate, and closer to our guesses. However, if any moisture gets into the device while testing, the app will tell you so and ask you to repeat the test after rebooting it. Another reason to be careful with your beer.

Moreover, previous tests seem to influence the next result. After we had someone with a high BAC (0.08) test the device and then gave it to someone with an obviously lower BAC (0.01), the gadget recorded a higher result (0.04) than expected, giving descriptions that were not accurate for that person.

One plus, one minus: links to Uber, but utterly dependent on the phone

More than just a cool party trick, as we indicated before, the BACtrack Mobile can be used by doctors, nurses and even police officers due to its portability and ease of use. It can also be used to raise awareness of one’s perceived BAC and their actual BAC. With its feature that lets you know when you can expect to be sober again, you can use it to make smarter decisions like how much more you would like to drink or if you need someone to take you back home. You can also keep track of your BAC from time to time and see when it gets back to zero so it is safe for you to retake the wheels. It is also a handy feature that the app links you to the Uber app – making it easier to find your way out of not being able to drive.

On the other hand, bear in mind that the BACtrack mobile totally depends on a smartphone to operate. It could have included a small screen to display the user’s BAC after a test and thus turn it into a standalone device, but the BACtrack company offers other devices with such features. Nevertheless, the BACtrack mobile does deliver as an accurate, pocket and stylish gadget to monitor one’s BAC.